It’s been a long road these last six months.

In that time we’ve been to ten countries and set foot in four continents.

As the crow flies we’ve logged over 28,377 kilometers or 17,632 miles for our American friends. In real world distance, it’s probably double that.

That’s a lot of planes, trains and automobiles.

All this with two little kids, way too much luggage and a business to run.

Not that I’m complaining. We’ve had some amazing experiences. We’ve ridden camels in Morocco, went hot air ballooning in Turkey, walked across castles in Spain, got drunk on port in Portugal, and snorkeled with endangered sea turtles in Mexico.

It feels really good to go home. We’ve just landed in Toronto for our first travel blogger conference (TBEX), and this gives me a chance to get my Canadian on again.

I’m going to hit up every Canadian cliche in the book.

A piping hot double double? Count me in. Just add an apple cruller or some Timbits on the side. 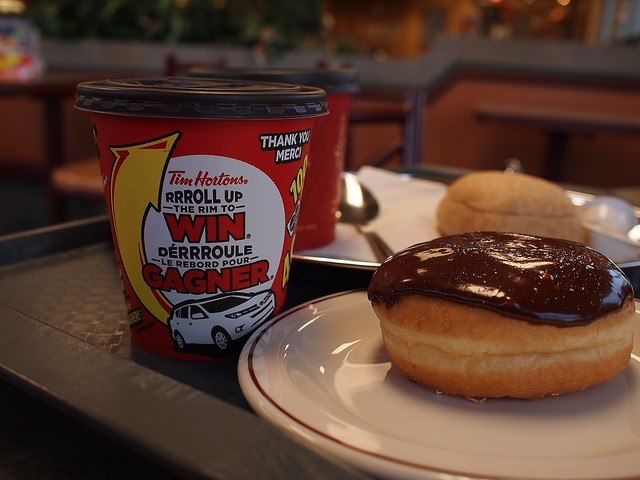 A double double – two cream, two sugar. And a dose of deep fried dough with that. Photo by Calgary Reviews.

Heck, I’m feeling so patriotic that if I can find a touque and some mucklucks, I might even slap them on and parade around quoting The Great White North.

Oh, and beer. It’s no secret that we Canadians like our brew.

In fact, I’m going to go out on a limb and say Canada has some of the best microbrews in the world. The only problem I’m going to have is deciding between a Big Rock (go Alberta!) and a Sleemans (in honor of Ontario). 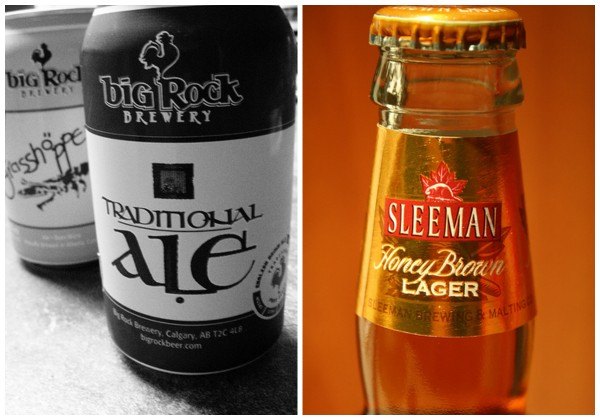 Here’s a little known fact. Canadians love their perogies, and I’m no exception. Charles’ mom, in fact, makes some of the best homemade perogies I’ve ever had. (Hint, hint, Mom… just sayin’).

Nothing says home to me like fried bits of dough filled with cheese and pototaoe and served with an artery clogging dollop of sour cream. 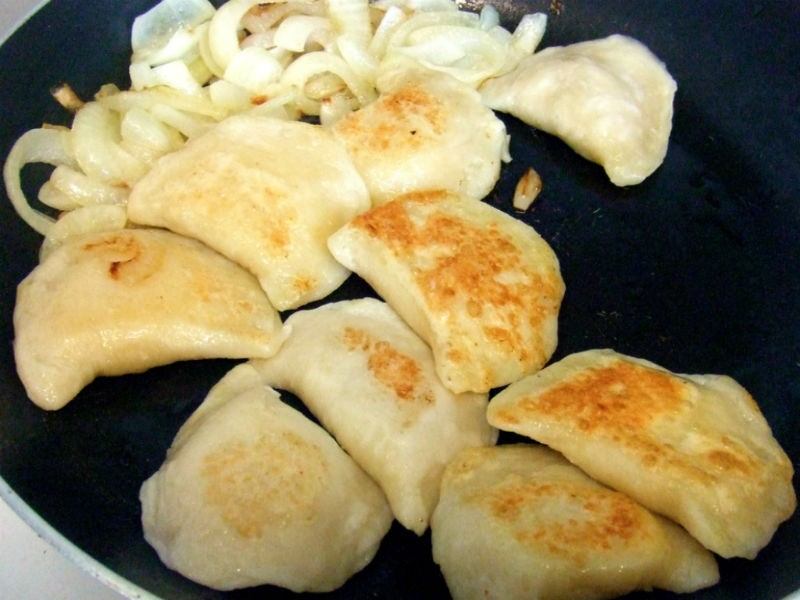 Mmm… The fried, potatoey, crispy, doughy goodness that is a perogy. Photo by Helen Cook.

As for the others, Cole is dying for some Taco Bell and Jordan wants a block of good old Canadian cheddar cheese all to herself.

Charles isn’t going to be content until he gets at least 3 generous servings of bacon. Whether that’s at one meal or three he doesn’t really care. Oh yeah, he’d also love some perogies.