Get a quote from World Nomads now.

Note! For some reason, the main Portugal Tolls site (http://www.portugaltolls.com) seems to be intermittently onelin and offline. I’m not sure if it’s a permanent thing or server problems, however it was the primary source of legitimate government run info regarding Portugal Tolls on the internet. I’m leaving the links up with hope that the site comes back online for everyone.

Here’s the official site of Portugal Tolls. Click on the Foreign Vehicles link to see the site in English.

We booked our little rental car through Sixt – use this link to get up to 10% off a Sixt rental worldwide.

Click here to see prices and availability with Sixt. 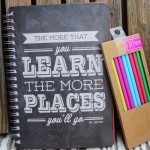 Enjoying the Little Things with Back to School