In Mexico The Past is Never Dead: The Yellow City of Izamal

In this small town in Mexico, the Franciscan convent San Antonio de Padua claims the largest atrium in the Americas (only the Vatacan is said to be larger). San Antonio de Padua was visited by the Pope in 1993, and countless numbers have walked under its archways overlooking the city plaza since it was built in 1553. 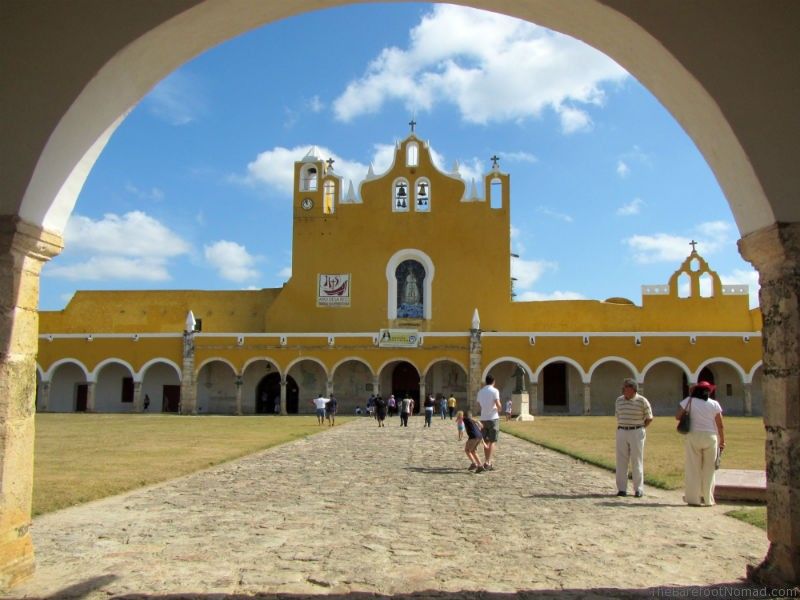 But underneath all of that history is something even older.

San Antonio de Padula itself is built upon the flattened top of the great Mayan pyramid that held the sanctuary of the god Itzam Na. The Mayans were here thousands of years before the first stone was laid on the convent.

Today’s Izamal would be but a tiny suburb of the ancient, sprawling Mayan city. 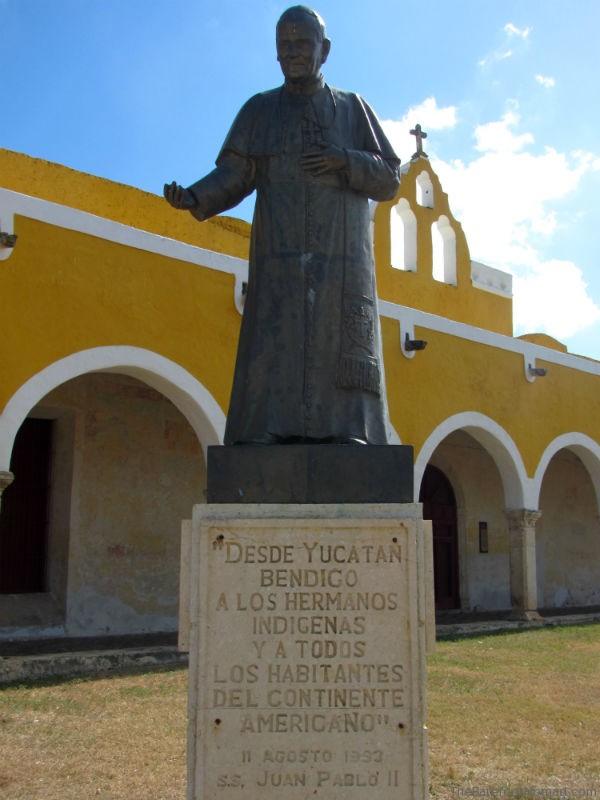 Little remains of what the Mayans built here. Bishop Fray Diego de Landa burned Izamal’s Mayan libraries and writings in the 1500s. Mayan artifacts are now scattered all over the globe, in European museums and in private collections. Remains of the Mayan world peek up through the modern town as grass-covered mounds (likely unrestored Mayan structures), reminders of so much lost and forgotten.

The Mayan structures that remain are large but less impressive than ruins like Chichen Itza or even Tulum. Kinich Kakmó, though a remarkable 656 by 591 feet (the Great Pyramid of Giza is 756 feet at its base), looks like not much more than a stepped hill today. The Mayan sites in Izamal are not reconstructed, unlike at Chitzen Iza, and few tourists visit the ruins comparatively. 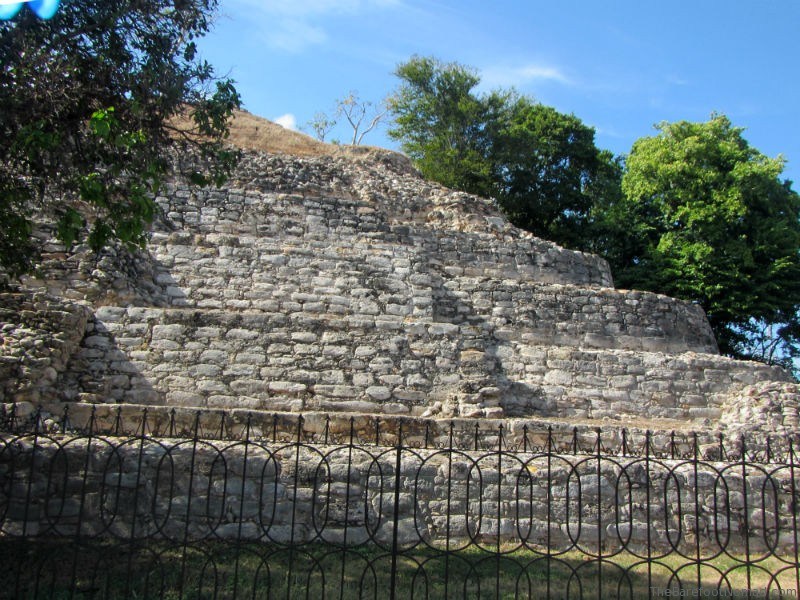 So we return to the yellow city. The monastery and colonial buildings in the town are all painted a yellow that reflects the dazzling sun, which is fitting as the Mayans considered this site to be the abode of Kinichkakmo, a manifestation of the sun god.

We take refuge from Kinichkakmo’s baking rays under the shade of a calesa, a horse drawn cart that still serves as an alternative mode of transportation around town. The calasas are decorated with colorful flowers, with some even sporting accessories for the horses. 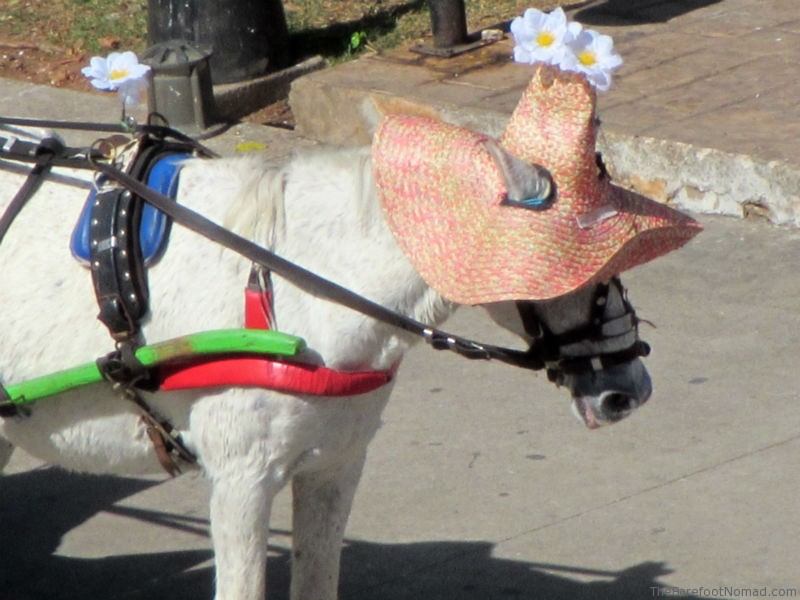 The horses wait in the hot sun beside the mission. But our driver is gentle with his horse, taking the time to tell us her name (Salina), and guiding her forward with a deft flick of the reins. 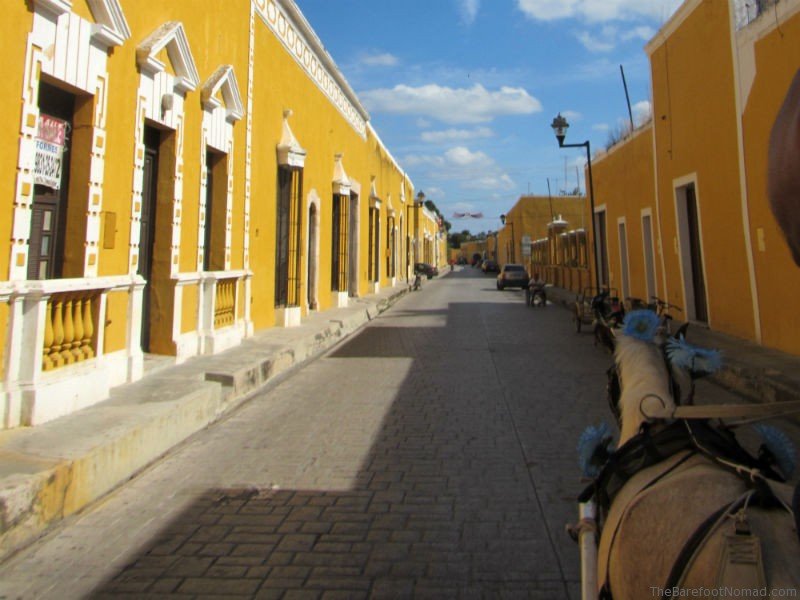 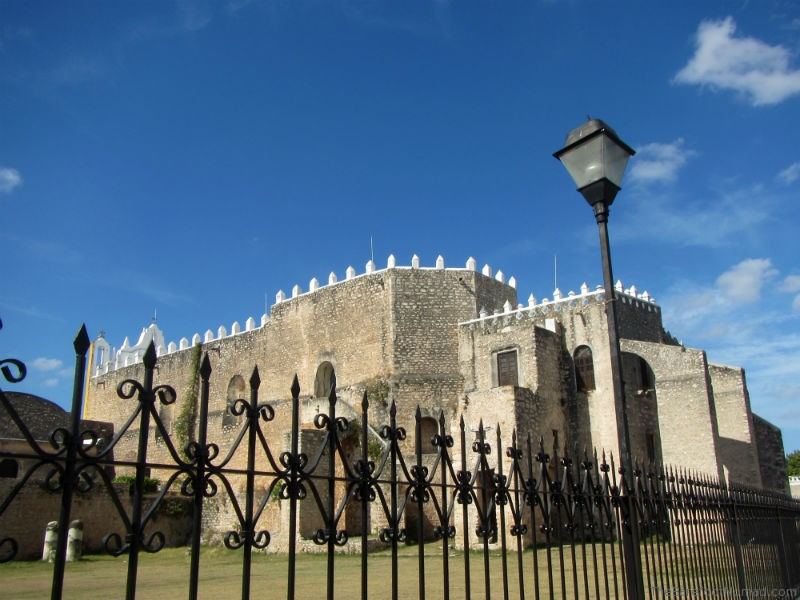 Next to the mission, in the leafy plaza, vendors ply cut up fruit and ice cream, while Mayan craftsmen sell handmade hammocks and clothing, with surprisingly few of the kitschy items found anywhere tourists congregate. 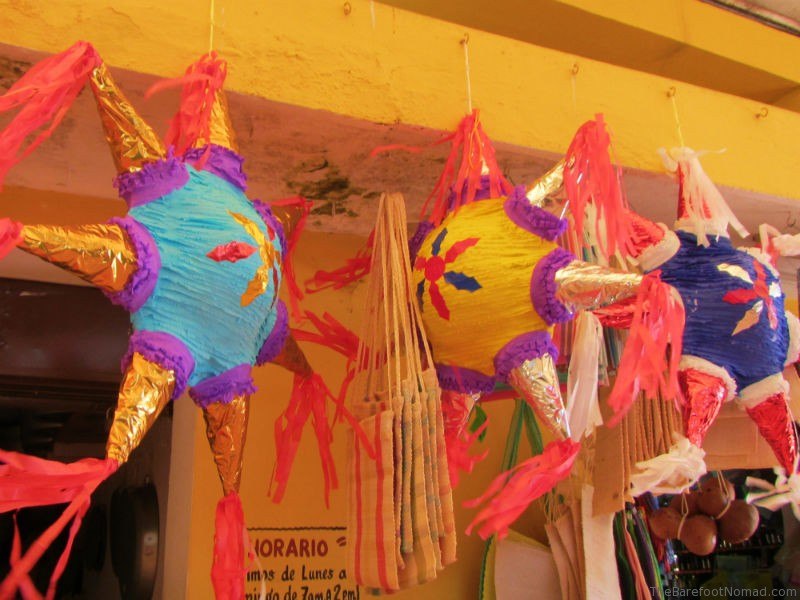 A last peek inside the monastery reveals more, hidden by time.  A few years ago, a worker scrubbing the mission walls discovered 16th century frescos that were whitewashed over sometime in the past, for reasons unknown. The woman in this photo may be the virgin of Izamel, but that knowledge, like so much in Izamal, is lost to time. 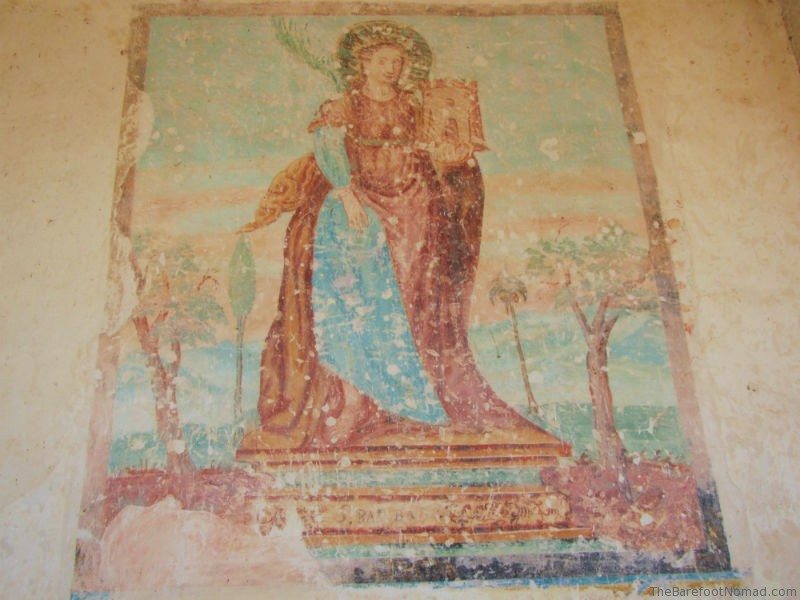 How to get here: Izamal is about 50 miles east of Merida, the Yucatan’s capital city. If you rent a car, it’s an easy one hour drive on well paved roads from Merida.

A Forest of Kings: The Untold Story of the Ancient Maya

Written by Linda Schele and David Freidel, who played a major role in recent efforts to interpret Mayan hieroglyphs. Detailed and a bit dry for a casual read, this is a wealth of information that rates highly on Amazon 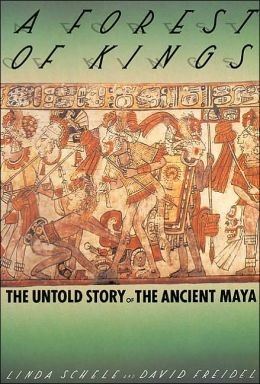 Yucatan Before and After the Conquest (Native American)

This is the English translation of the 1566 work “Relacion de las cosas de Yucatan,” by Bishop Diego de Landa, the friar responsible for burning many of the Mayan libraries in Izamal. This book was written after de Landa’s forced return to Spain, as a sort of self-justification for his actions in what is now Mexico. In the introduction, translator William Gates (no, not that Bill Gates), argues that this book only represents about 1% of what de Landa destroyed in his time in the Yucatan. 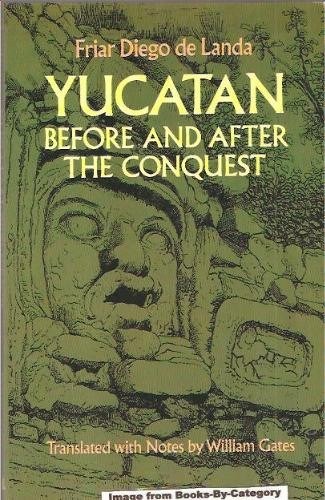