15 Awe-inspiring Things to See and Do in South America 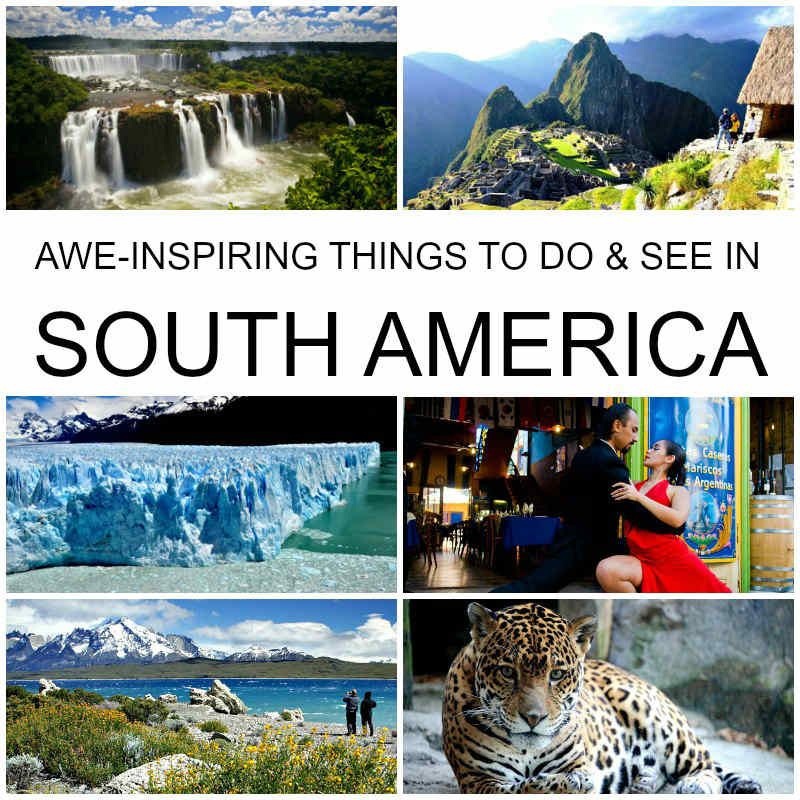 Visiting South America has been on our family bucket list since we first started it.

It’s a continent packed with stunning views, amazing wildlife, and one of a kind experiences.

We’ve come so close to visiting several times, but we’ve always had to cancel our plans due to last minute changes. I have every faith that we’ll make it to South America soon, but in the meantime we’ve scoured the tour options on Exodus Travels, and came up with a list of 15 amazing experiences in South America.

Here it is: the ultimate bucket list of 15 awe-inspiring things to see and do in South America.

Trace Darwin’s footsteps in the Galapagos

As a true science nerd, the chance to visit the inspiration for Darwin’s ‘The Origin of Species’ in the Galapagos Islands. Exodus offers a unique, small group wildlife tour that traces Darwin’s footsteps. They’re one of only a few tour companies to offer extended trekking on the island of Isabela.

One of the coolest things in the Galapagos, and that’s saying quite a lot in a region packed with unique wildlife and plant species, is that you can swim with marine iguanas. 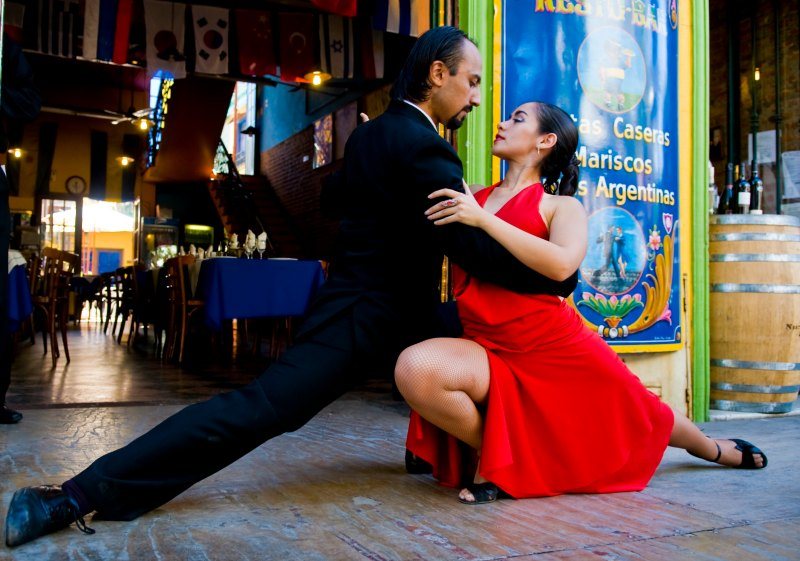 Stand in the spray of the Iguazu Falls 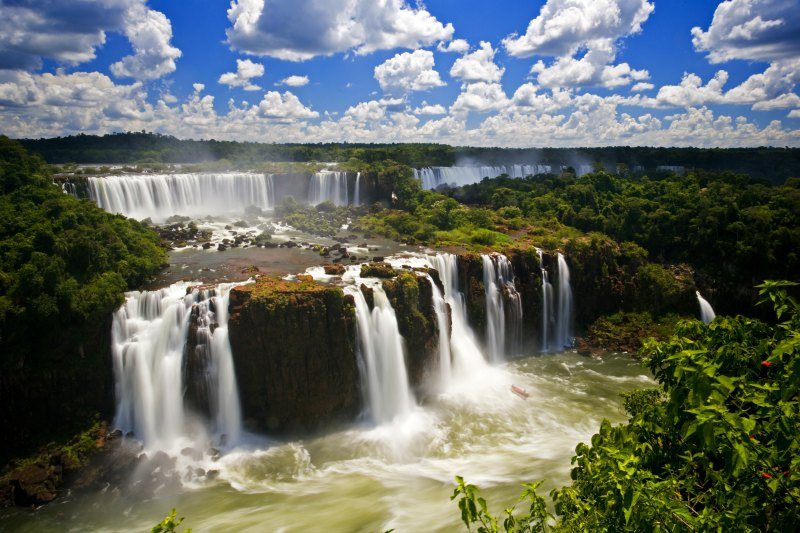 The Iguazu Falls are part of a cascade of hundreds of waterfalls almost two miles long. They emerge from the jungle, with the The Devil’s Throat, the tallest of the waterfalls, reaching almost 269 ft high.

Hike the mountains of Patagonia

Patagonia’s one of the world’s remaining vast and wild spaces. It’s tucked at the remote southernmost tip of South America, straddling both Argentina and Chile. Argentinian Patagonia is home to grasslands and desert, while Chilean Patagonia showcases temperate rain forests and jaw-dropping glacial fjords.

Located in Patagonia, the Perito Moreno Glacier pushes over the southern (Brazo Rico) side of Argentino Lake, separating it from the rest of the lake. Because the glacier acts like a dam, the water level on the Brazo Rico side be as much 30 meters higher than the main body of Argentino Lake.

Occasionally, the dammed water of the Brazo Rico side spectacularly bursts through the glacier, pouring into the main body of Argentino Lake.

The Pantanal wetlands are one of the last places on earth you can spot elusive jaguars, giant anteaters and giant river otters, plus tapirs, Jabiru storks and the Hyacinth macaw.

Once home to a diamond rush, Brazil’s lost world, Chapada Diamantina, is home to spectacular waterfalls and mountains.

Visit the world’s largest salt flats at Uyuni in Bolivia

At over 4,086 square miles, Bolivia’s Uyuni salt flats stretch farther than the eye can see. The flats reflect light in a way that makes it almost impossible to tell where land meets sky.

Discover Peru’s Lost City of the Incas at Machu Picchu

See the mysterious Nazca Lines from the air

Explore the Amazon by boat

Easter Islands enigmatic giant stone statues are a reminder of a long-ago Polynesian civilization that lived on this isolated place. The island itself is only 16 miles wide, and, at almost 4,000 miles from the Chilean coastline, is the most isolated inhabited island on earth. Today, the statues stare silently at visitors, but thousands of years ago they were part of a vibrant, seafaring Polynesian culture.

Watch the sun set over the Atacama Desert

The great Atacama desert is like no other place on earth. It’s nestled between the Andes and the Pacific ocean, and boasts beautiful vistas of volcanic mountains, salt flats, and ravines among its hostile and arid terrain.

Exodus Travels is all about adventure.

While leading people on epic adventures around the globe, they focus on how to travel responsibly by leaving places as they found them, ensuring that communities benefit, and realizing that every destination is someone else’s home. Learn more about Exodus Travels commitment to Responsible Travel.