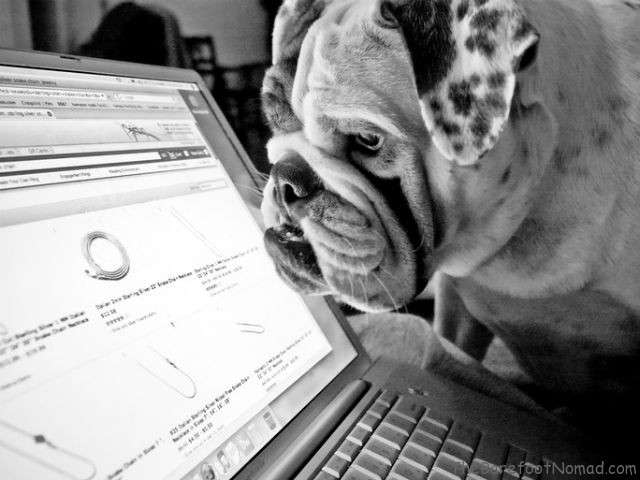 Black Friday – The Most Sordid Love Affair of Them All

With less than a week to go, American families are preparing to cross the country to be with their loved ones for the number one fall holiday. Most would think I’m referring to Thanksgiving, but they’d be wrong. Being a technology lover, in my mind there is truly no better day of consumerism than the yearly Black Friday sales. The best fall holiday is surely the day after Thanksgiving when millions of Americans burn their turkey ingested calories elbowing and shoving their way down the many congested aisles of the local brand name stores in search of the best deal.

You’d think that being a Canadian and living hours from the US border would be enough to lessen the impact of this yearly madfest of overabundant consumer greed. The problem is, again you’d be wrong. Growing up in a town less than an hour from the border I can remember family members complaining about the long lines and border congestion even back when it didn’t have the love affair most people have for it  today. Perhaps it marked me as a child but I’ve always found that day fascinating.

Being Canadian, we also have our own day of blatant consumerism known nationally as Boxing Day (the day after Christmas for any of you not familiar with the term). That day every store in town is open and post Christmas prices are drastically reduced. I’ve known entire families that purchased the majority of their Christmas presents the day after Christmas solely because they could buy twice as many things for half of the price. Like Black Friday in the States, lineups are long, parking lots are full, people are grumpy and everyone is trying to one up each other on savings.

Unlike Black Friday though, I’ve never been that interested in Boxing Day sales. Maybe it’s the result of the post Christmas crash (the directionless feeling you get after weeks of preparations and festive parties). In truth, it’s probably the reality that I despise the cold and Christmas in Canada is anything but warm. To be ultra honest, I know it to be simply my disdain for waiting in line, over crowded malls, poor parking and dealing with people when they’re not at their best.

So the question you’re probably asking yourself right about now is why do I love Black Friday so much? To put it simply, I don’t have to be there. You see, what most people fail to realize is that most of the sales can be had via a few clicks of my mouse. And as the phenomenon slowly spreads across the globe, the deals are no longer limited to the good old US of A. Many retailers around the world are starting to catch on and realizing that the sooner they kick start the Christmas season, the more money they’re likely to see as Christmas draws near.

Many people, including Canadians, wait with bated breath as the onslaught of price slashing begins. Many will hold off buying anything for months on end hoping to snag that amazing deal and shave a few percent off any other previous season’s best deals. Message boards like SlickDeals in the US and RedFlagDeals in Canada will be all aglow with every whispered or alleged deal that pops up as the day approaches. Websites like Black Friday Ads, BlackFriday.com or TheBlackFriday will become some of the busiest sites online this month.

For all us technology lovers, Cyber Monday has already been christened as the day to buy things online and that I rejoice in as well. You see, I’ve never been to a mall in the US on Black Friday, nor do I ever plan to be. Just like Boxing Day here in Canada I have no interests in ruining my seasonal good cheer to the crazed masses who brave the lineups and who find the thrill of the hunt only second to snagging the best deal.

Unlike most deal chasers, I watch this unfold from the comfort of my couch, order the few pieces of tech I’ve had my eye on and go on with my life. You see, unlike the US, Canadians have already had our Thanksgiving in October and for us, the fourth Friday in November is just a great day to find some great deals online.

Maybe in it’s own way, the true meaning of Thanksgiving isn’t completely lost in all this. After all, it was originally a day to celebrate the harvest after a long season and was a time to celebrate their good fortune. That’s not that different than today. Well, maybe it is a little bit but nonetheless, it doesn’t ruin my feelings of happiness for getting a good deal and for that I am always thankful. It is the one day of the year I embrace my consumerism and for that I offer no apologies. The deals ARE just too good to pass up!

Here’s to a Happy Thanksgiving to all our American neighbors! May you find cheer and goodwill in your fellow man and may you find deals in every store!