How to Make an iTurd: Or, How to Rescue your iPhone from Falling in the Toilet

I love my kid. Really, I do. But that’s the sound of my iPhone falling in the toilet.

As I walk in, I see my little guy diligently rinsing the iPhone in the sink. “Mom, it fell in the toilet and got dirty so I’m cleaning it for you.”

In probably one of the most restrained parenting moments I’ve ever had, I somehow manage to avoid screaming like fire ants are biting my privates and tackling him.

I take the iPhone and try to breathe normally as I quickly dry it off with a towel.

Now, I lay the blame for this completely on my shoulders.

In one of the dumbest parenting moments I’ve ever had, I passed Cole the iPhone to use in the bathroom in a moment of desperation so I could write an overdue email.

So, my iPhone has not only been dropped in the toilet, it’s now been rinsed in the sink. Thoroughly.

Literally. There’s still shit on my iPhone. Not only does my son have butter fingers but his cleaning skills are obviously sorely lacking.

Now, I set some sort of typing speed record for Googling “dropped my iPhone in the toilet. Help!”

The mighty Google tells me to turn it off, dry it off completely and drop it in a bag of uncooked rice. Unfortunately, we’re in the middle of a small town in Spain, with no supermarket open anywhere this time of night.

Luckily, I do have wine. It does nothing for the phone but it sure helps me.

I settle for turning it off, dabbing off the phone with a towel and standing it up to dry. To give you an idea of how wet it got, water is still dripping out 20 minutes later…

I don’t even consider pulling the phone apart to take out the battery. iPhones aren’t meant to be dismantled by us mere mortals and besides, we don’t have the tools for it. All night, the iPhone turns on and off as if possessed until the battery finally drains.

We’re on the road the entire next day and, because it’s Sunday, all the shops we pass are closed. Finally, two days later we get a bag of rice. I drop the phone in, thinking that only a miracle will save it. After five days in rice, we pull the phone out and plug it in.

Believe it or not, this story has a happy ending. Three weeks later, the phone’s still working perfectly. Screen looks sharp, mic and speakers working fine, battery lasting as long as it ever has.

Even the fact it turned on after all that is amazing.

Friends, the fact it works as good as ever, is a modern day Easter miracle.

What I did to save my iPhone from its toilet baptism

If you’re tired of your iPhone, now might also be a good time to check out what else is out there and to start shopping for something new.

This time around, you might even want to think of including an extended warranty that will cover your phone when these types of accidents happen.

As the old saying goes, if it can happen once, it can probably happen again. Just please don’t let it be my fault! 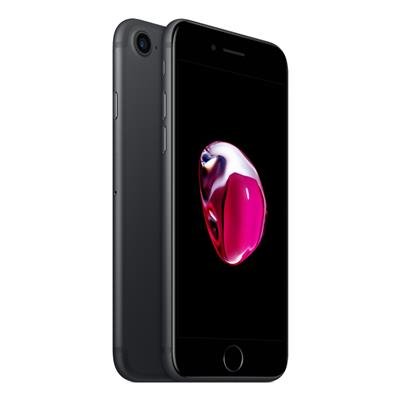