Checking out the River Walk and The Alamo in San Antonio, Texas

What does a young boy from the middle of the Canadian prairies know about an American city deep in the heart of Texas? Well, the first thing he learns is that the 30+ hour drive from his home in Manitoba is a long time to spend in the backseat of a car with his two siblings. The second thing he learns is that, surprisingly, San Antonio has two places he’s heard a bit about.

The Alamo, famed for Davy Crockett, James Bowie and William Travis’ last stand during the Texas Revolution is firmly planted in the center of San Antonio. To those of you not from the States, this might not mean much. For me as a kid, it was history come alive. Of course, my history related more to the Davy Crockett miniseries that I had watched less than a month before on the Sunday Night Disney Hour than what really happened. Regardless, it was a place I knew and was excited to see.

The other place I knew of was the River Walk. The River Walk was made famous to me by my grandparent’s tales and a line in Willie Nelson’s song, Texas on a Saturday Night on the Half Nelson cassette tape that had probably played a half dozen times alone on that particular trip. 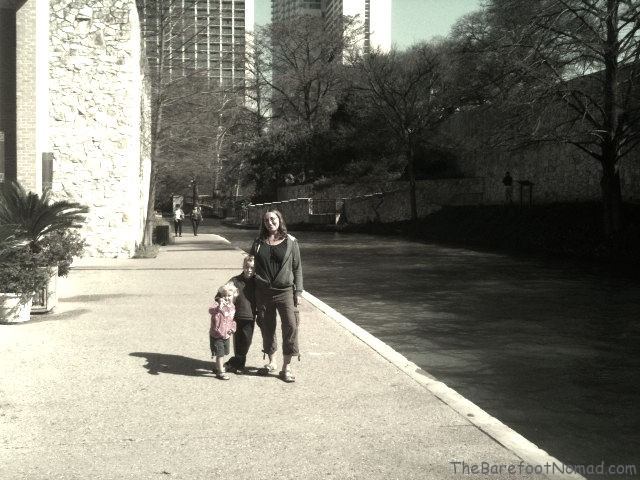 Micki and the kids at the San Antonio River Walk

Fast forward 30 years and here I am driving through San Antonio again. Just like that very first time we drove though, I’m with my family taking the kids to see their grandparents down in the Rio Grande Valley. The main difference is that now I’m the adult and I get to sit in the front seat. Another huge difference is that the city has grown exponentially since that first visit.

I’ve been through San Antonio on numerous trips over the years and when I calculate the amount of hours I’ve spent driving between Canada and Texas I’m amazed I still enjoy road trips as much as I do. We have a huge road trip bucket list, including Santa Fe and the rest of New Mexico. With that said, and regardless of it’s growing size, San Antonio still holds a place in my heart. 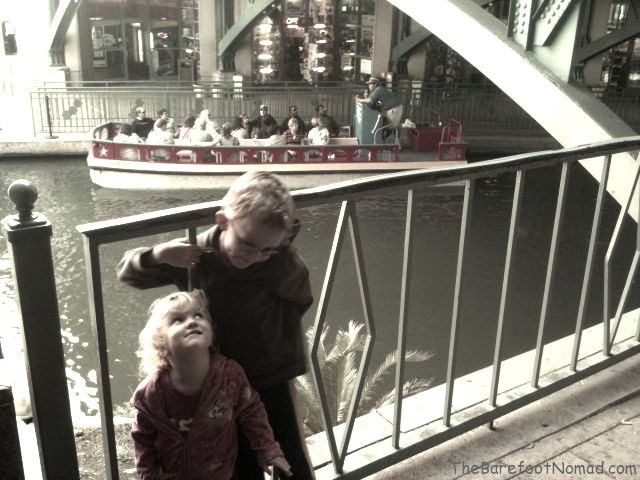 The kids just after our San Antonio River Boat Tour

With fond remembrances, I showed Micki and the kids the landmarks I remembered most and we took a river boat tour before having a late lunch at Casa Rio, a delicious Mexican style restaurant that was opened in the 1940’s and is as synonymous with San Antonio as the River Walk.

As we strolled along the pathways of the River Walk and the kids skipped beside the San Antonio River I was reminded of previous visits and felt the torch being passed down to my son. Of course, he’s never seen or heard of Davy Crockett and listening to some old country has zero appeal to him without the nostalgia of many roadtrips with my parents. 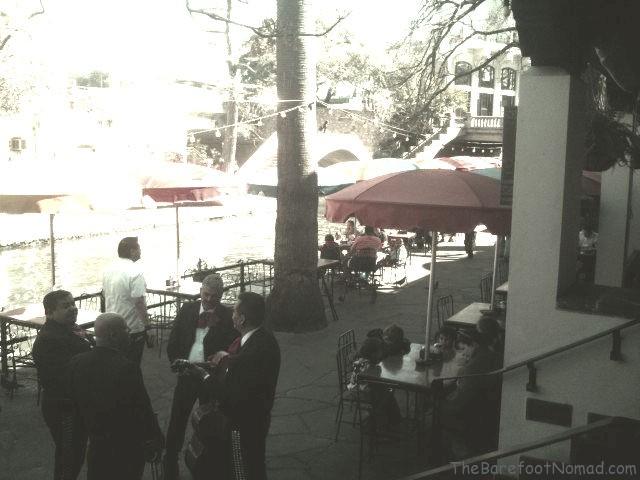 Walking up to the Rio Casa restaurant in San Antonio

The weather was nice, the sun was shining and my parents were anxiously awaiting our arrival so we didn’t spend as much time checking out the city as I would have liked, but I know both places will still be there years from now. When I drive through it again, hopefully I will have remembered to play the movie and make my kids listen to Willie Nelson a few times so their appreciation for the place is as high as mine.

To most of the visitors the area will be worth enjoying just for San Antonio’s River Walk and the fort that had more than a few movies made about it, the miles of gorgeous walkways, the colonial architecture, the hundreds of restaurants, shops, hotels and attractions that surround the area. To me, San Antonio will always be a trip down memory lane. To be honest, that’s fine with me.