Fun and Interesting Facts About the Great Barrier Reef in Australia

One of the greatest natural wonders of the world lies just 15 kilometers off the Australian coast.

The Great Barrier Reef in Australia is an amazing living mass of vivid colored coral that stretches over 2300 km (1400 miles). It begins just north of Queensland’s Cape York and continues down past the city of Bundaberg. The Great Barrier Reef lies between 15 to 60 kilometers just off of Australia’s east coast in the aptly named Coral Sea. 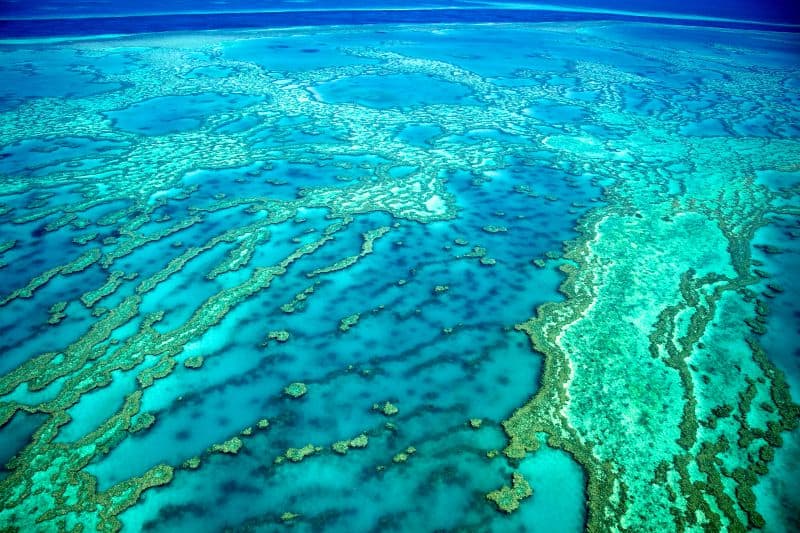 Interesting Facts About the Great Barrier Reef in Australia

When we last toured Australia, we not only visited the reef, we also did some amazing diving and snorkeling while we were in the state of Queensland. Unfortunately, we didn’t have a good digital underwater camera back then (GoPro’s didn’t even exist yet!), however we do have memories that will last a lifetime.

As our kids get older and their fascination with the land down under continues to grow, we put together a post on some of our personal memories of the reef and then tied it in with some fun facts about the amazing Great Barrier reef in Australia for your enjoyment.

Read on to learn more interesting facts about the Great Barrier Reef. They’re definitely a great reason to go visit!

The Great Barrier Reef is huge

At over 2300 kilometers in length (1400 miles) and up to 65 kilometers wide (40 miles) in some parts, the Great Barrier Reef is the single largest living structure on earth.

How huge is it?

The Great Barrier Reef is the only living thing that can be seen from space.

It’s longer than the Great Wall of China and nearly half the size of Texas, plus it’s bigger than the UK, Holland and Switzerland combined.

How many islands are there?

How deep is the Great Barrier Reef?

The Great Barrier Reef has an average depth of 35 meters (115 feet) inshore while the outer reefs can extend down to depths of more than 2000 meters (6562 feet).

Personal Note: As we traveled down the eastern coast of Australia and checked out the small towns that dotted the sshore, signs for day trips out to the reef appeared everywhere. They must have worked, because we went out to the reef several times as we headed south down towards Sydney. All together, our six month Australian road trip was a ton of fun and of course, our best dive in Australia happened on the Great Barrier Reef.

The Great Barrier Reef has a lot of life 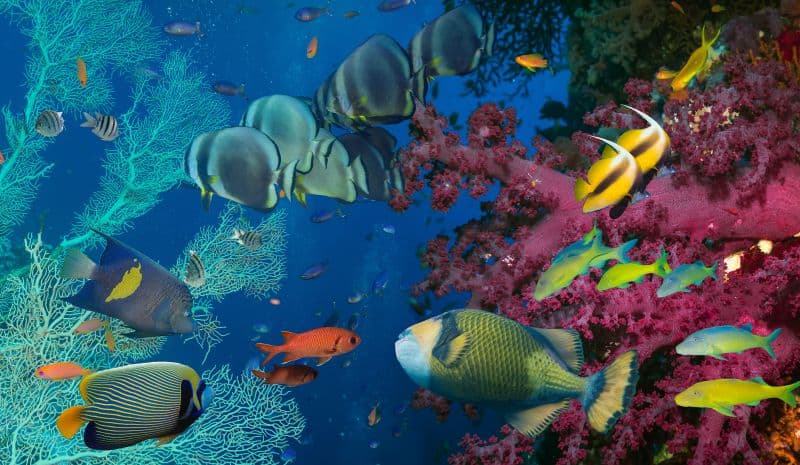 What animals live in the Great Barrier Reef?

Curious to what lives there? Here’s a quick breakdown of the species you can find on the Great Barrier Reef.

The largest concentration of dugong on earth – The dugong is closely related to the manatee or sea cow and is a relative of the elephant. 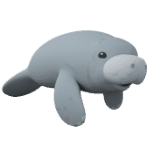 6 species of sea turtle – Not only are six of the seven known sea turtles found here, the reef is also the largest green turtle breeding ground in the world. 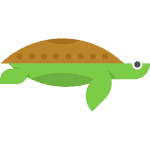 15 species of sea snakes – Yes, they are crazily poisonous, but attacks are almost non existent. 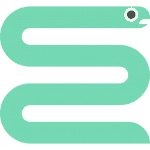 30 species of whales, dolphins and porpoises – Everything from iconic humpback whales to playful bottlenose dolphins can be found at the Great Barrier Reef. 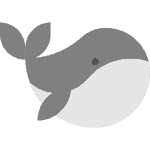 100 species of jellyfish – Including the very poisonous box jellyfish for which you need a special lycra suit to protect yourself with if they’re in season. 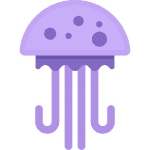 134 species of sharks and rays – The most common being the harmless white-tip or black-tip reef sharks. 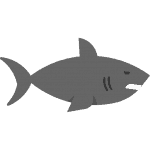 300 species of soft coral – Over one third of all soft coral in the world exists within the area of the Great Barrier Reef. 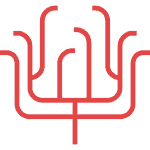 330 species of ascidians or sea squirts – Small round shaped animals that attach to rock or coral and look like a tube swaying in the current. 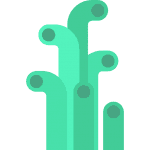 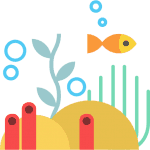 500 species of worm – Think colorful fan shaped ones as well as little spiraled ones rather than the earth variety. 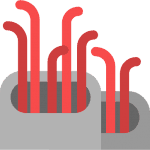 1300 species of crustaceans – Besides for the ubiquitous crab, the reefs also contain the mantis shrimp, famous for it bullet fast punches that have been known to break glass. 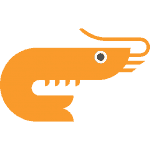 1600 species of fish – From small Nemo inspired clownfish all to the way up to 8 foot, 800 pound groupers, the Great Barrier Reef is teeming with fish of all shapes, colors and sizes. 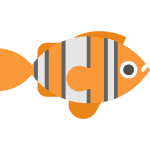 3000 species of mollusk and clams – Including the giant clam which can grow over four feet long and weigh more than 500 pounds and live over 100 years. 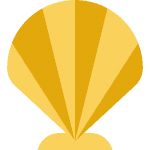 Personal Note: As we dove and snorkeled around the Great Barrier Reef, we saw some of the largest concentrations of fish in one area that we had ever experienced as divers. It’s amazing that an area can yield such a diversity. We also saw some enormous groupers and only found out that saltwater crocodiles can also be found out there after witnessing one swimming below us as we walked along the pier on the beach. Who knew!

*Icons made by Freepik via Flaticon

How old is the Great Barrier Reef?

At over 500,000 years old, the Great Barrier Reef has seen some crazy changes over the years. From droughts and ice ages to population booms and busts it has stood the test of time. That being said, this current “version” of the reef is only around 8,000 years old.

There was an ice age in the region around 20,000 years ago and the water levels dropped nearly 200 feet (61 meters) from today’s height. As the glaciers eventually melted and the sea water rose again, they left behind small dunes which helped form part of the Great Barrier Reef we know today.

Want to read more about crazy Australian facts and our trip there? Check out this post about interesting facts on Australia we wrote back in January.

Coral breeding on the Great Barrier Reef is synchronized

On these rare low current nights, billions of red, white and pink coral eggs and sperm are all simultaneously released over the span of the reef. The entire Great Barrier Reef is literally alive as all the different coral species of egg and sperm find each other and begin life anew.

Each fertilized egg can theoretically start its own colony and the tiny coral joins the thousands of other minute fish species that comprise plankton as it matures and seeks it own home along the reef and beyond.

Personal note: We missed this event by only a few days when we were there and it’s still on my diving bucket list to witness the phenomenon firsthand.

The Great Barrier Reef is an UNESCO Heritage Site

These days, the Australian government spends over $200 million each year tending and protecting it. As such, it is one of the best protected environments on the planet with lots of rules and regulations delegating everything from no boat to no fishing zones.

Over 2 million people visit each year

With over 900 tour operators and 1500 vessels and aircraft permitted to operate in the Great Barrier Reef Marine Park, over two million visitors check out the area annually, bringing in over $5.6 billion each year to the Australian economy and creating over 70,000 jobs. 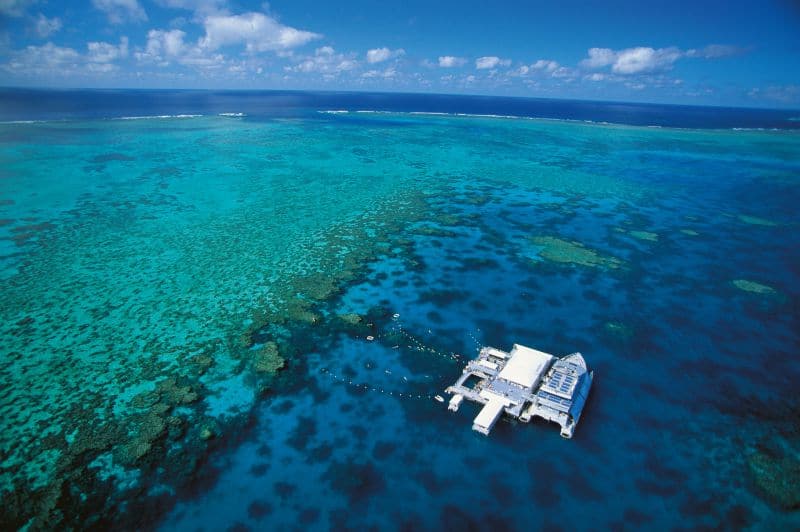 Personal Note: Just like everyone else, we were charged a daily fee (Environmental Management Charge or EMC) for visiting the Great Barrier Reef Marine Park (it’s currently $6.50 AU for kids age four and up), however I can remember at the time that we truly believed our tour operator was swindling us. Turns out they weren’t!

The Great Barrier Reef exists above water too

What, you thought reefs only exist below the water? Turns out that the Great Barrier Reef is a complete ecosystem and that includes over 900 islands. Up on land and in the air you can find 215 species of birds (including 22 species of seabirds and 32 species of shorebirds) living or visiting the many islands as well as the giant blue skinned cassowary which can grow up to 2 m (6.6 ft) tall and weigh up to 60 kg (130 lb).

Like I previously mentioned, large saltwater crocodiles also live in mangrove and salt water marshes along the coast near the reef and some have been seen out on the islands. The islands also contain huge monitor lizards that feed on giant grasshoppers local to the area. 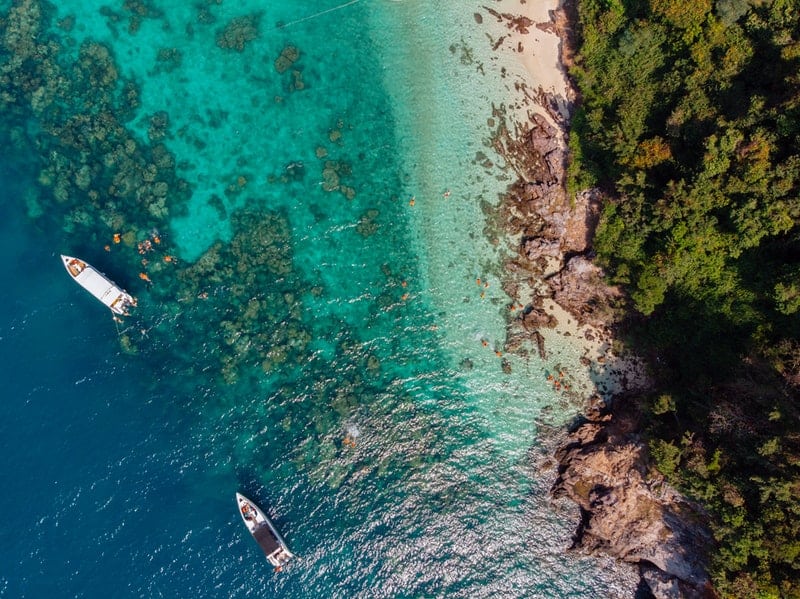 If you’re there in the sea turtle season, which runs from November to late March, you might also get a chance to see a sea turtle on shore laying its eggs or perhaps seeing the baby turtles fighting their way back to the sea after hatching. Either way, both can be a magical event.

The reef is in danger

A new study in the respected scientific journal Nature reports that a heatwave in 2016 caused severe mass death of coral.

The death came from coral bleaching, which happens when excessive heat kills algae that have a symbiotic relationship with coral. Without the algae, corals often die. The damage is a warning of what the future might hold if climate change continues to warm tropical reefs like the great barrier reef.

Best time to visit the Great Barrier Reef in Australia

Every day of the year is a great day to visit the Great Barrier Reef, however there are certain times it’s better if you’re hoping to see certain events.

Stinger season happens from November to May. During this time you need to swim inside designated stinger enclosures at the beaches or wear a lycra stinger suit. If you’re diving or snorkeling they’ll give you a suit to wear or a typical wetsuit will do you fine. Just be careful taking it off or rinsing it down after just in case you had a jelly fish encounter and didn’t realize it. 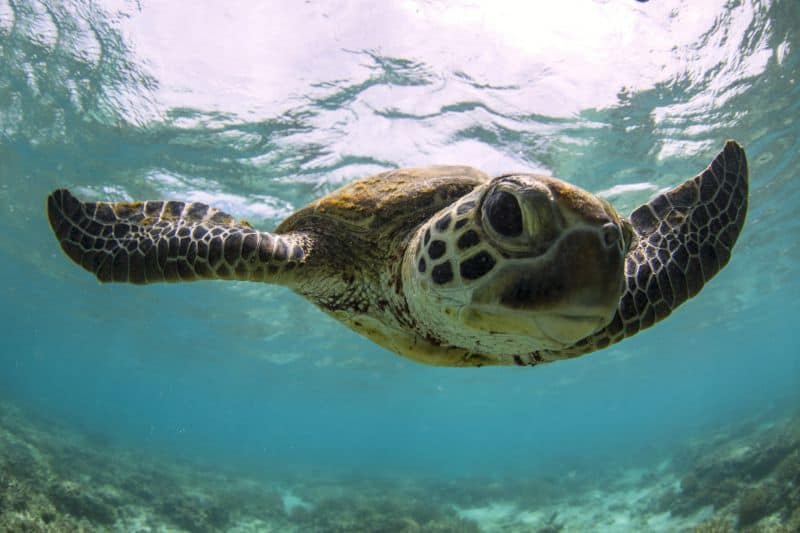 Wet season generally runs from December to May and is considered the low season which means better specials, but it’s more likely to rain and the weather can get quite hot. Either is fine if you’re diving but you could get wet and you will get hot while exploring topside.

Dry season generally runs from June to November and has lower day time temperatures, humidity and less rainfall. This is considered high season around the Great Barrier Reef, so there are more visitors and less tour availability.

Coral spawning season happens over the course of 2 or 3 nights in late October to early November and depends on temperature, ocean currents and the moon phase. Its exact timing varies from year to year however they all involve one thing. Going out to do some night time diving and a little luck.

Whale season happens from May to September with many Dwarf Minke Whale encounters happening in June and July. Tours for the ever playful humpback whale typically happen in August and September and dolphin sightings happen year round if you’re likely. 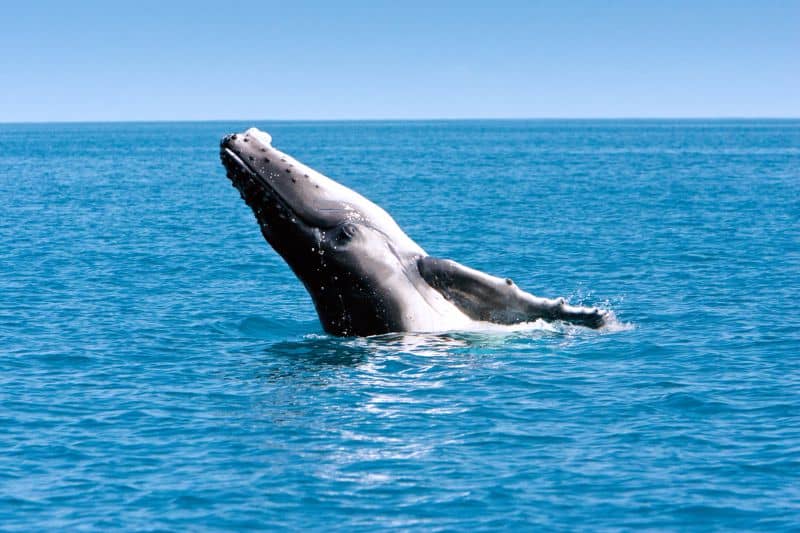 No matter when you head there, the Great Barrier Reef in Australia has an amazing collection of underwater species that will leave you yearning to return time and time again.

Whether you’re a diver, a snorkeler or just love nature, if you’re planning on taking a holiday to Australia, you should definitely check out the Great Barrier Reef for yourself. You won’t be disappointed!

Since we regrettably don’t have many pictures of our time at the reef, some pics are courtesy of Tourism Queensland as well as Pexels. 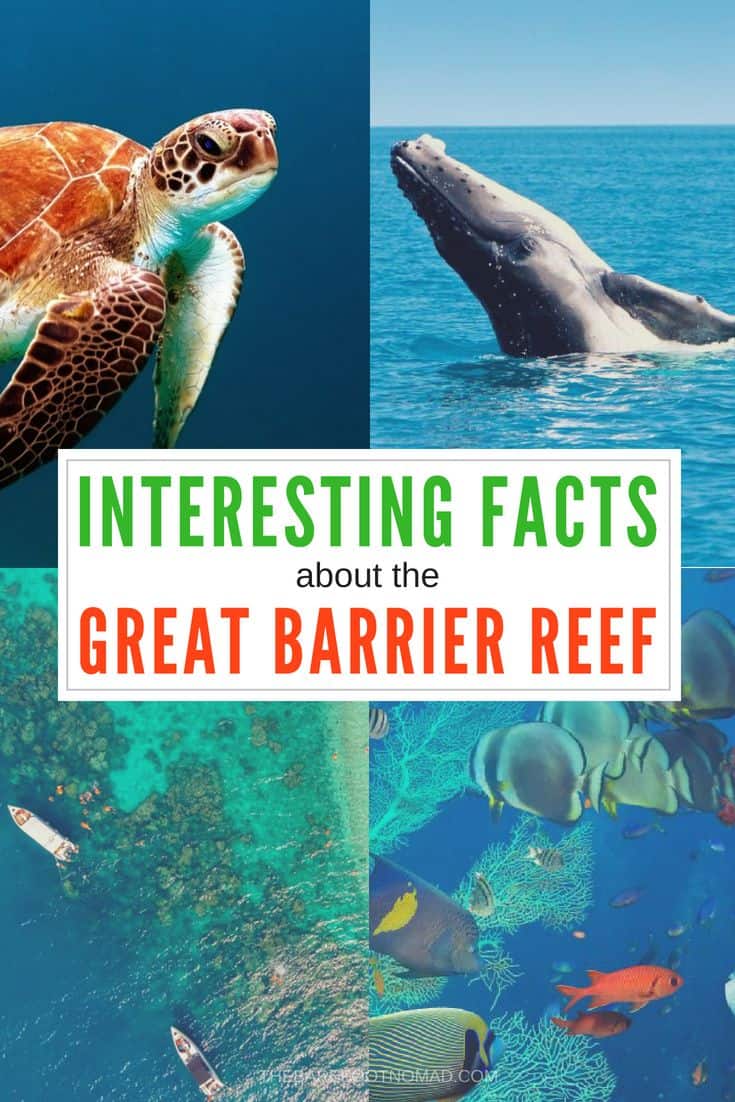 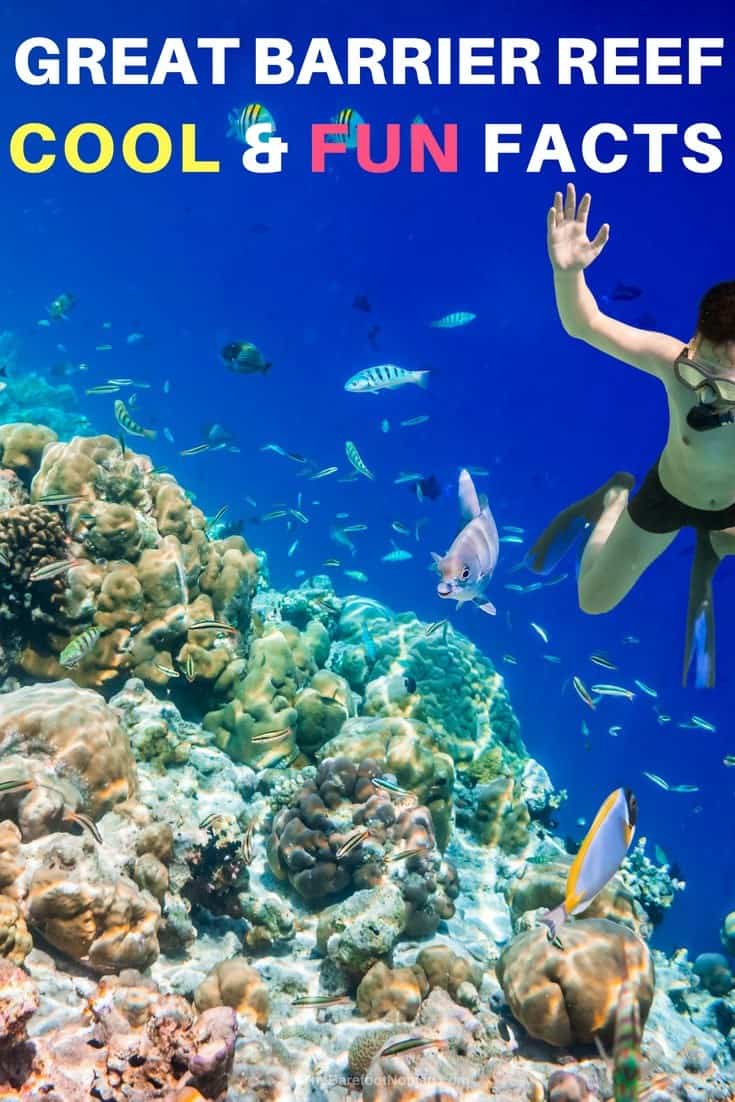 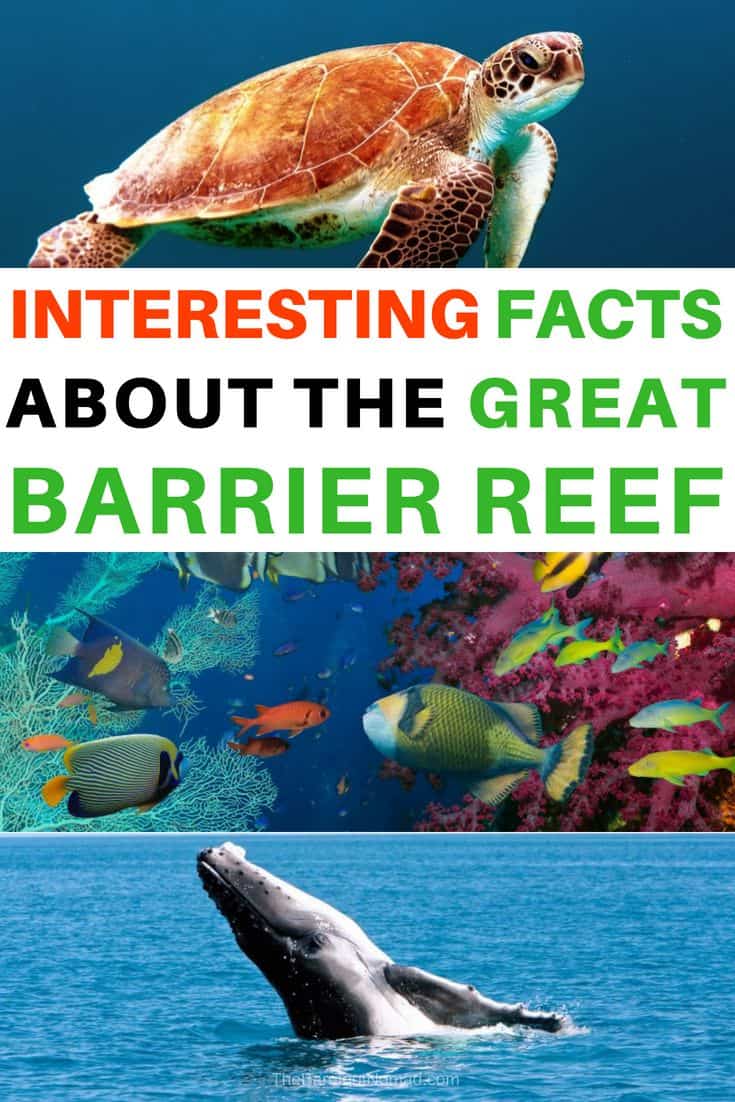