5 Bizarre and Unique Deserts You Need to Visit

Not all deserts around the globe are full of sand and dunes. There are at least five deserts here on Earth that are as bizarre and unique as anything you’ll see on another planet.

Like all deserts, water is tough to find and the sun shines nearly constantly. However, in these places, you’re more likely to lose your breath due to their bizarre beauty than because of thirst. The cool part is that you can fly to a city nearby almost every one of these places. 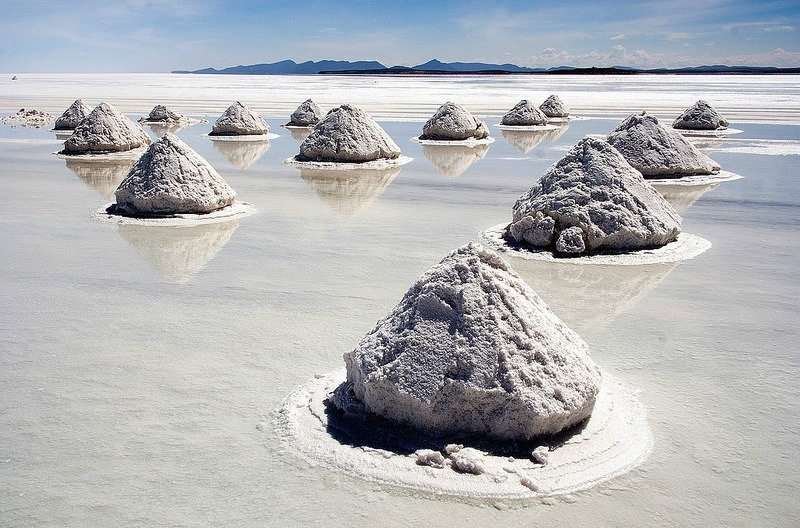 Let’s take a look at five bizarre and unique deserts you need to visit at one point in your travels.

The large and sparsely populated country of Mongolia, has an extraordinary culture. The fact that steppes and deserts cover the vast majority of the country has a tremendous impact on every day life for Mongolians and travelers alike.

One of the most famous deserts in Mongolia is the Khongoryn Els. Locally, it’s better known as the Singing Dunes Desert. 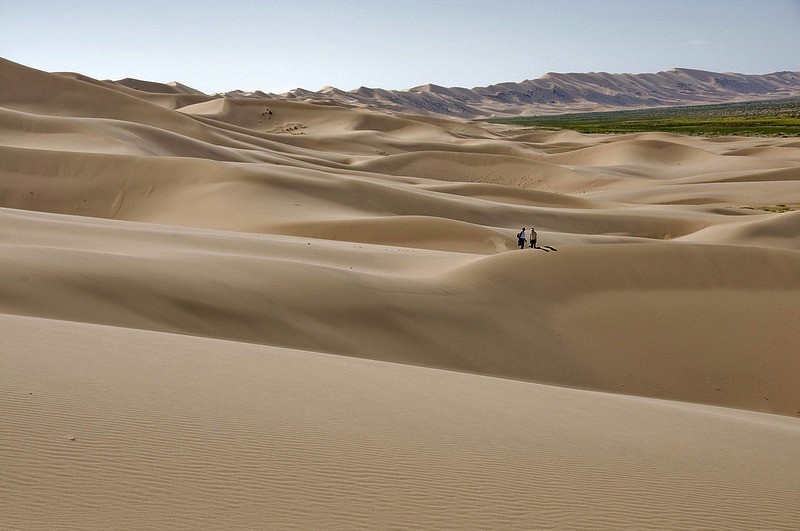 It got its nickname due to a unique natural phenomenon that happens in only a few dozen places around the world. When strong winds carry the sand, and the sand dunes collapse, it creates a loud roaring sound. The locals refer to this sound as the song of the desert, giving the area itself the name of the Singing Dunes Desert.

Walking on clouds of salt

Near the Andes in Bolivia, on the edges of the Atacama Desert, there’s a vast and empty salt lake called Salar de Uyuni that is almost 11,000 square kilometers wide.

It’s the largest salt flat in the world, and Salar de Uyuni has also been called the world’s largest mirror, as salt on the surface reflects the sky during the summer rainy season. Coupled with the fact that the whole area deviates in altitude by only few millimeters, this reflection creates the illusion that you’re not walking so much on dry land, but on real white clouds. It’s definitely a unique feeling.

A great tour can make or break a visit in Atacama, so make sure you choose a guide and tour company that are reputable and well known. 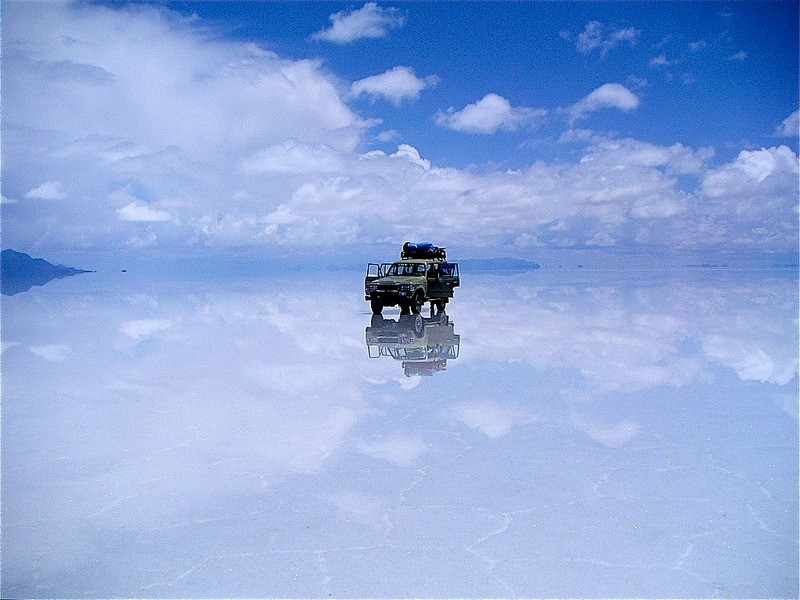 Walking on clouds of salt at Salar de Uyuni. Photo by Francisco Orts

The snow white, salt-colored ground is also covered with thousands of hexagon shaped pyramids. These man-made salt mounds are there for drying the salt before it gets mined away. Seeing thousands of them in every direction isn’t something you get to see every day.

A snow desert in the middle of Africa

A few hours away from Egypt’s capital of Cairo, you can stop by one of the most amazing wastelands on the continent, the White Desert. A beautiful variety of sculptures form here when desert sand storms eat away at the lime formations found throughout the region. 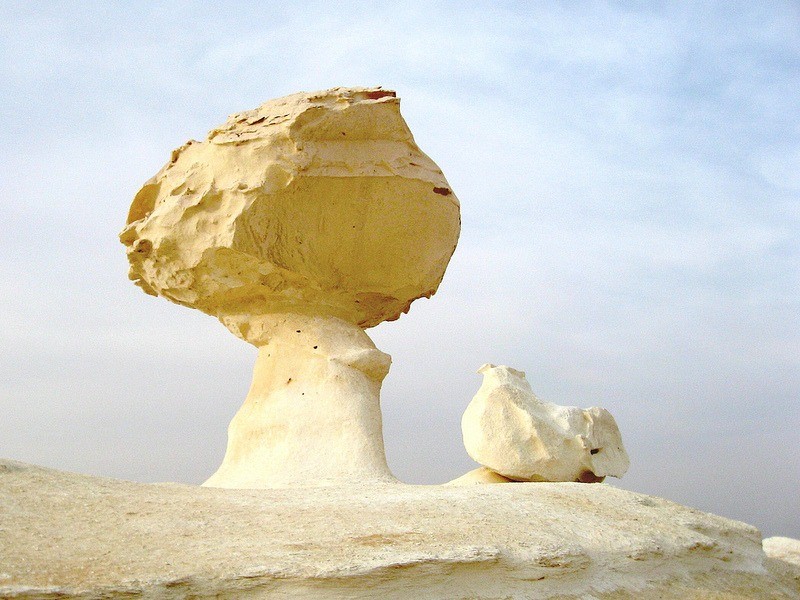 The best known sand sculpture in the area is considered to be 4.5 meters tall Fungus Rock, resembling a giant boletus mushroom. Fungus Rock is a naturally formed white rock that looks as pure as snow.

A desert with hundreds of fingers

Australians often refer to the Pinnacle Desert as the Fingers Desert, because the whole area is dotted with limestone towers that look similar to human limbs. 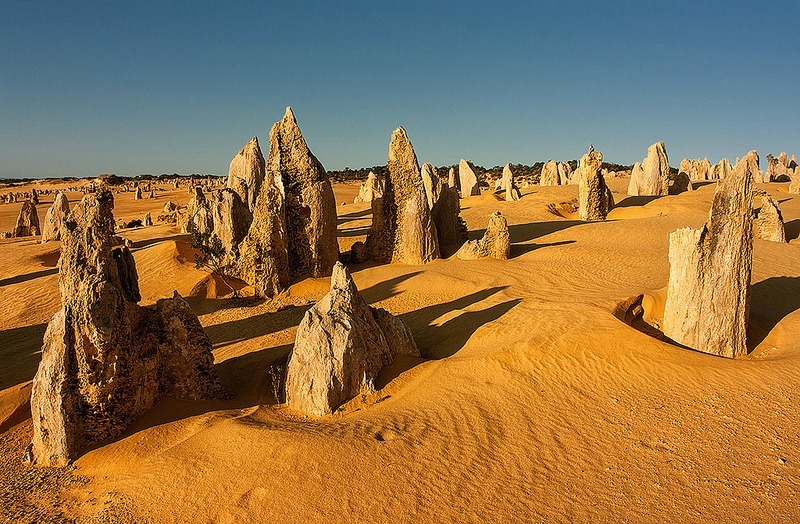 Located 146 km north of Perth, Australia, some of the limestone limbs are barely visible from the ground, while others reach up to five meters in height.

Walking around these fingers can feel downright alien, however spotting a local grey kangaroo or a red eyed emu wandering around them quickly reminds you that you’re still in Australia.

Definitely something to write home about!

Millions of year ago, erosion worked hard to create this last bizarre but truly beautiful desert, the easily accessible Painted Desert. The Painted Desert can be found in southern Arizona, in the USA.

Often called the Colorful Desert, this vast natural canvas looks like it was painted with layers of orange, brown and yellow pencils.

It’s also worth mentioning that this desert is pretty close to another amazing work of nature; the Grand Canyon, so you can stop by both of these beautiful places and enjoy something truly unique and gorgeous all in the same day.

Not a desert, but cool nonetheless

Not really considered a desert but definitely fitting for its uniqueness, Devils Marbles Conservation Reserve near Alice Springs, Australia gets high points when it comes to natural wonders.

These behemoth granite boulders litter the landscape in every direction and look like they were dropped from the hands of a giant. It doesn’t take much to realize that mother nature is definitely the greatest artist of all time! 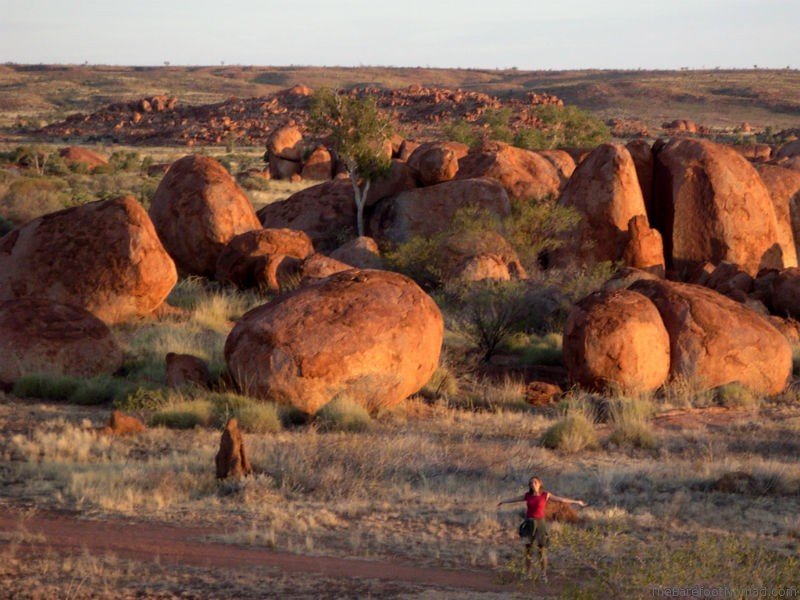 Micki at Devils Marbles at sunset